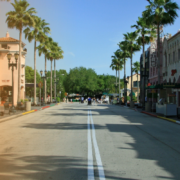 Located in the southeastern United States, the state of Florida attracts more and more expatriates each year. Whether they are investors, professionals or young students, all are seduced by the “Sunshine State”.

The mild climate, white sandy beaches, developed infrastructure, attractive real estate market and of course, a lenient tax system make it the ideal destination on the East Coast of the USA. Florida is the fourth most populous state in the Americas and also one of the most prosperous.

Florida seduces on all levels, here are the reasons why.

The state of Florida is as we have seen the fourth most populated state in the United States. Many immigrants from all over the world come here to try to conquer America. But not only, many American retirees also come to spend their old age under the Florida sun.

The real estate market in Florida

Taxation as mild as the weather

The tax system in Florida is very lenient and offers many advantages to company founders and also facilitates the obtaining of visas. As a matter of fact, any investor who would invest USD 500,000 in a company could be entitled to a green card if the company presents positive financial results and creates and maintains jobs.

Unlike California, where the corporate income tax is 8.8 percent, in Florida it is only 4.458 percent. In addition, the state constitution states in black and white that the state will not levy income taxes on individuals.

In order to revitalize the state, Florida has tried to attract as many young families as possible and has therefore relied heavily on the educational offer. The local authorities have therefore relied on the establishment of very good schools because according to them, good schools attract good students who encourage the schools to seek excellence.

In Florida, there are many students attracted by the academic potential, with universities like the University of Central Florida for example.

The cultural offer in Florida

Florida offers a multicultural environment that is suitable for everyone.
There is an ever-increasing array of cultural entertainment available, making the region an even more attractive place to stay. Events, concerts, museums, national parks, etc. are just some of the activities that make you enjoy Florida.

Florida is also known to have many attractions such as the famous Walt Disney park for example. There is something for everyone.

If you choose to live in Florida, be sure not to miss anything in terms of entertainment and this no matter your budget.

The climate in Florida is very mild and can be compared to the south of France.  It is a subtropical climate, with hot and humid summers and dry but mild winters.

Florida, unlike many other states, is a “green” state. Who doesn’t know the Everglades? The crocodiles?

Florida is a state full of wild animals. It is quite common to see a couple of peacocks crossing a road and blocking the traffic, it is also possible to see alligators in the Everglades, racoons, etc.

If you are still hesitating to settle in Florida, this list should help you to see more clearly.
The Merritt firm, based in Orlando, will assist you in your company creation project and can also be your Registered Agent.
Contact us for more information: support@merritt.group

Did you know that the state of Florida has been ranked by Chief Executive Magazine as the number 2 best state for business in 2021?

Florida is also known for having the fourth largest economy in the country. There, the industries with the highest GDP are: tourism, construction, agriculture, science and health.

The advantages of choosing Florida to create your business

Due to its pro-business status, Florida, also known as the “Sunshine State”, is considered a prime destination for doing business in the United States.

Many young entrepreneurs move there to start a business.

WalletHub ranks Florida in fourth place just after Texas, Georgia and California. The ranking is done among the 50 states and is based on three (3) measures namely business environment, business costs and access to resources.

Choose the LLC in Florida

When one thinks of creating a company in the United States, one immediately thinks of the state of Florida. But why? As mentioned above, Florida is a very popular state for its taxation. Taxes are low and there are solutions to avoid being taxed in the USA. USA-UAE SOLUTION

Let’s see what are the advantages of creating a company in Florida.

Create an LLC in Florida

The first question that entrepreneurs automatically ask themselves concerns the legal status of the company they are going to create. Most often, when one chooses Florida, it is the LLC status that is chosen. Indeed, it is much easier to start a business in Florida under this legal form.

What is an LLC?

In other words, you get the benefits and protection afforded to large Florida corporations but with much more flexible rules.

The LLC is much more protective than other types of corporations.

What image for an LLC in Florida?

Although taxation is non-existent in other states, Florida remains at the top of the list for company formation in the U.S., thanks to its positive image in the business world.

As a reminder, the state of Florida has a zero income tax rate and a sales tax rate of only 6 percent.

Florida, unlike other states, enjoys a prestigious brand image. Although there is no income tax and low taxation, Florida does not appear on any of the OECD lists.

You also have the choice to run your business from within the US or outside the US, the choice is yours.

This state is also appreciated for all activities related to trade. There are many e-commerce companies, dropshipping, Amazon FBA, etc.

The advantages of an LLC in Florida

The reason why company founders in the USA choose this state is because it offers many advantages to LLCs. Among these advantages are:

Suggested reading: The advantages of starting a business in Florida

The State of Florida is therefore the ideal state to conquer the United States with the creation of a limited liability company also called LLC. Many advantages are offered to the entrepreneurs in particular a light taxation or even null.

Our cabinet in Orlando, Florida takes care of all the administrative procedures for the company formation in the USA and the opening of bank accounts in reputable institutions in the United States.

Have you heard about “the American dream”? Well, many of you have taken the plunge and conquered the American market. The United States is one of the favorite destinations when you decide to boost your career, create your company, etc.

If you decide to settle in the Sunshine State (Florida), you will need to familiarize yourself with the rules and laws of the country but also and especially with the tax system.

Although Florida offers a much more flexible tax system than France, it is still very specific unlike the 49 other states in the United States.

Which tax treaties between France and the United States?

here are two (2) tax treaties between France and the United States. The first one dates from 1978 and the second one from 1994.

A double taxation treaty (DTT) is a treaty concluded between two (2) States, which aims to avoid double taxation of persons and companies. An important point is the determination of the tax residence, i.e. the place of taxation. The goal is that the person or company is not taxed once in each country for the same income. There are of course conditions, which can be found in article 4 of the Franco-American convention of 1994 to determine the country of your tax residence (in hierarchical order):

To be considered a U.S. tax resident, you must meet at least one of the following criteria:

Taxes in the USA

What about the wealth tax in the US?

Good news, there is no wealth tax. The United States, unlike France, avoids any mechanism that could scare away the wealthiest.

The federal tax in the United States is also called the national tax. As in France, the scale varies according to family situation and income. It is a progressive tax imposed on income that varies from 10 to 35%.

What is the tax rate in the United States?

This tax amounts to approximately two percent of the market price of the property in question. Note that this tax is tax deductible.

In Florida, there is also the Homestead Exemption, which allows a Florida homeowner to benefit from a tax abatement of up to $50,000 on the property tax of their principal residence.

In contrast to VAT, companies do not deduct Sales Tax. Companies pay this tax to their supplier if they are the final users of the goods. But, if the company collects Sales Tax, it can obtain a certificate that will allow it not to pay tax on goods purchased for resale. Also, it should be noted that there is no sales tax on services.

Tax residency is not a subject to be taken lightly, especially in countries such as the United States. An omission or attempt at fraud could cost you dearly. We advise you to get in touch with a tax lawyer in your country of origin to validate all your questions regarding tax residence.

For all matters related to the creation of a company, our local team can welcome you and accompany you. For more information: support@merritt.group.